Who's Still Using IE8: A Case Study in Knowing Your Audience 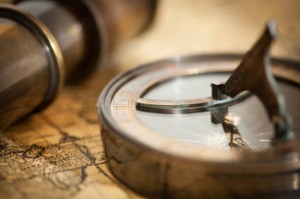 As a web developer, I have to strike a balance between making websites that use modern and efficient code, and making websites that work and look decent on older browsers. The latest example of this is whether to support Internet Explorer (IE) 8. The answer to this question is (you could have guessed), “It depends.”

Microsoft started trying to win browser market share back from Google Chrome and other browsers at the released IE 9. That version of IE and its successors have been on the cutting edge of web technology.

And then there are earlier versions of IE... When it comes to making fast, efficient web sites, you have to consider most browsers including IE9+, and then IE 8 and below. Because I have to make implementation decisions about our marketing customers' websites, I'm often faced with choice of developing a feature that is quick and lean, or one that is less quick and less lean but also works with IE 8 and below. It can also cost more in time to ensure that kind of compatibility. Would that time be better spent working on other new features or marketing materials?

Whether you are doing a complete website redesign or developing a new feature, something you have to consider is how far back you should go in support of old browsers. You don't want to ignore or alienate potential customers, but you also don't want to spend an inordinate amount of your marketing budget to support an old technology that a small fraction of your site's visitors still use.

I decided to look at some real usage data from nineteen of our customers’ websites. I had read statistics that said “Worldwide usage of IE drops below 10%” , but I wasn't sure this data was a good way to make a decision. So, I looked at the Google Analytics for our marketing customers, which are for the most part small-to-medium-sized businesses who sell B2B.

This was a particularly interesting year to look at these numbers. In April Microsoft ended support for Windows XP, and you could not upgrade Internet Explorer past version 8 if you were still using Windows XP. What's more, Microsoft no longer provides security updates for IE 8 if it is running on Windows XP. So, no one who can keep their operating system secure is stuck on IE 8. While you can still use IE 8 on Windows Vista or 7, you can upgrade IE on those operating systems.*

For comparison's sake, I also included IE 6 and IE 7 usage, and usage of IE 9 and greater. I have highlighted the IE 8 usage in red.

These numbers show that, for small and mid-sized B2B organizations, IE 8 usage was already less than 10% , and has been steadily declining. There was a noticeable drop in IE 8 usage after the end of XP support in April, but that wasn't enough to make most current IE 8 users change. (See the footnote below for a possible explanation.) The steady IE 9 + usage also suggests that Microsoft still has some work to do to recover market share.

While these totals are interesting, you should also look at the analytics for your website before deciding which browsers version to support. Here's why:

There's no magic number that tells you when drop support for an old browser. In fact, when usage falls as low as IE 8 usage has, it's probably better to start thinking in terms of making the experience better for your visitors with newer browsers. You should also make sure that your site still works in old browsers, even if it doesn't look exactly the same in a very old browser. These concepts are known as progressive enhancement and graceful degradation. The postscript to this article gives an example of when you may want to take this approach

It's also interesting to see that a few people are still using IE 6 and 7, which have not been supports on any version of Windows for a while. Does this mean our customers should be testing there websites on those older versions? In this case, you could strictly adhere to the concept of graceful degradation, and just make sure that your site is usable on those older browsers. However, with usage that low, many organizations do not even test on those older browsers, because the potential value of a customer, particularly one who does not keep their computer up-to-date, is not deems worth the effort.

Knowing your audience, by actually looking at your website traffic, is more important than the anybody else's statistics. In this article, I've tried to show that you should look at data from your website when making decisions, such as which browsers to support, and how best to support them.

* There are companies who have internal legacy applications that were written in such a way that they will only work on earlier versions of IE. While that reflect poor planning on the part of some software developer in the past, those companies may not have budgeted to upgrade those legacy applications yet, and so their employees may indeed by stuck on IE 8 (or an even earlier version). As the usage numbers I looked at attest, those companies may represent a significant amount of your customers or potential customers, so you may see usage of IE 8 that warrants you to keep supporting it.

Postscript: An Example of an Issue with IE 8

To be clear, we are talking about trade-offs, not an all-or-nothing approach. Here's a good example of one of those trade-offs: Say your new design uses some rectangles with rounded corners to highlight certain information on a page. Most browsers released in the last few years can round the corners of rectangles with a few simple instructions.

However, making the corners look rounded on earlier browsers may require much more extra code, and decorative image files that make the pages load more slowly, and use more bandwidth, for all visitors. There are many reasons why the page speed of your sight matters. Some of your potential customers will also be using cellular data when visiting your site, and they may be paying for extra bandwidth. While they may not realize it was your site in particular that cost them extra on their monthly bill, you should respect their time AND their money.

And what if someone using an old browser sees rectangles with square, instead of rounded corners? Your site's design may look slightly different with square corners, but it is still just as usable as one with round corners. Unlike print, on the web no one can control exactly how your site is viewed, as Steve Krug pointed out years ago, in “A Dao of Web Design”:

Everything I’ve said so far could be summarized as: make pages which are adaptable. Make pages which are accessible, regardless of the browser, platform or screen that your reader chooses or must use to access your pages. This means pages which are legible regardless of screen resolution or size, or number of colors (and remember too that pages may be printed, or read aloud by reading software, or read using braille browsers). This means pages which adapt to the needs of a reader, whose eyesight is less than perfect, and who wishes to read pages with a very large font size. 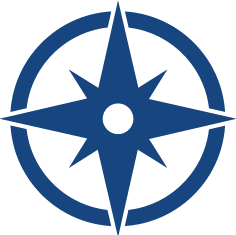